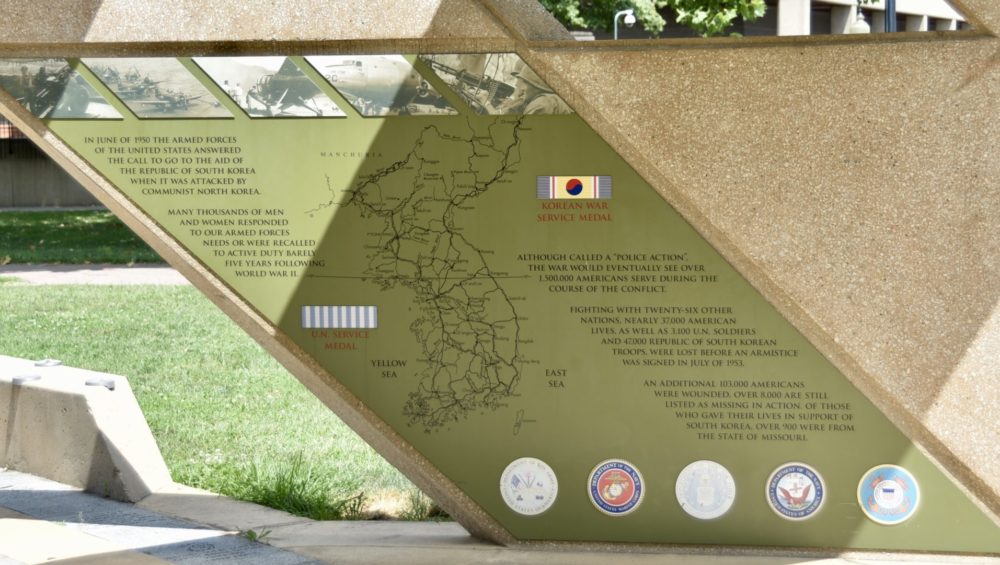 “The Korean War is the ‘forgotten war,’ and that means the men who fought there are forgotten soldiers. I didn’t want that to happen.”

The words are those of Missouri State Representative Mike Haffner, a principal supporter of the Missouri Korean War Veterans Memorial in Kansas City, and the memorial’s campaign to become the official Korean veterans’ memorial for the state.

Although Haffner has neither relatives nor acquaintances who fought in the war, he was not unaware of the fighting that occurred from 1950 to 1953 in which nearly 34,000 Americans,
including 900 Missourians, lost their lives.

The Cass County resident is a retired Navy pilot who commanded a combat squadron of F/A-18 Hornets in the skies above New York in the aftermath of the 9/11 terrorist attacks. He also is a
graduate of the Navel War College in Washington, D.C., and was a student in combat strategies and tactics.

“I learned how harsh and brutal that war was, and the sacrifices that were made,” Haffner said. “It was called the ‘Forgotten War.” But the soldiers should never be forgotten.

Haffner said he chose to become directly involved in the certification effort after being approached by State Senator Mike Cierpiot of Lee’s Summit. “Sen. Cierpiot knew I was military
and a combat veteran. He asked if I would help get certification passed in the House. I said absolutely yes.”

The war memorial and park were completed in 2011 and won certification from the legislature and governor’s office in 2020.

Haffner acknowledges that many facets of American history, including those commemorated by statues and monuments, are now being challenged nationwide. “We are in a phase of history
where we find problem with every aspect of society,” he said. “But it would be a profound mistake to forget the sacrifices that have been made.”

The war memorial’s governing board of directors expressed its appreciation to Haffner for his work on behalf of the monument.

“Representative Haffner’s leadership was vital to our efforts to achieve certification,” said Debra Shultz, chairwoman of the board. “Certifications means we can host funding raising activities for the purpose of educating the public. Hopefully, we’ll be able to draw more attention to the memorial and more visitors to Kansas City.”

The Missouri Korean War Veterans Memorial is located in Washington Square Park, 174 East Pershing Rd., in downtown Kansas City, in the area of Union Station, Crown Center and the
World War I museum.